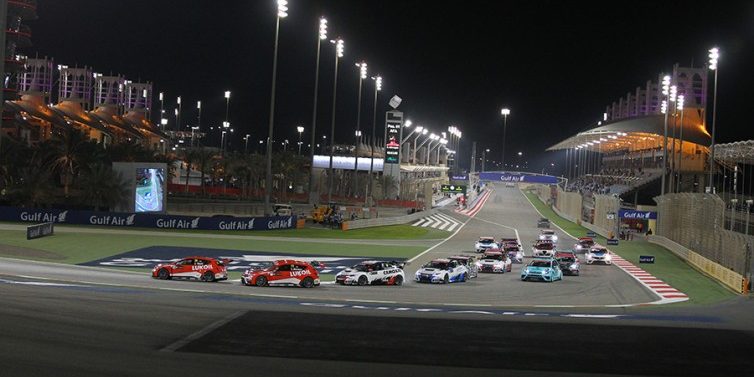 TCR SA unveiled the provisional calendar of the 2017 TCR International Series, the third racing season since the inception of the TCR concept.
The series is aiming to maintain its main feature: supporting three Formula 1 events once again. “We have already discussed with Formula One Management to be part of the Bahrain, Monaco and Abu Dhabi Grands Prix,” promoter Marcello Lotti said.
The season will kick off at the modern Rustavi International Motopark, marking the first visit of an international motorsport series to Georgia.
The third stop, between Bahrain and Monaco, will be at Spa-Francorchamps in support of the World Endurance Championship for the second consecutive year.
Three European race meetings will follow: at the Salzburgring, the Hungaroring (together with the GT Open) and Oschersleben (together with the ADAC TCR Germany series).
The TCR International Series will then move to the Far East for the final part of the season. There it will race at the Chang International Circuit for the third time, before moving to Korea or China for the last-but one event and then to Abu Dhabi for the grand finale.
“It is definitely an exciting sequence of venues. The addition of Monaco, Georgia, Hungary and Abu Dhabi will add further glamour to the series and will also enable the TCR concept to broaden its horizons even further,” Lotti concluded.