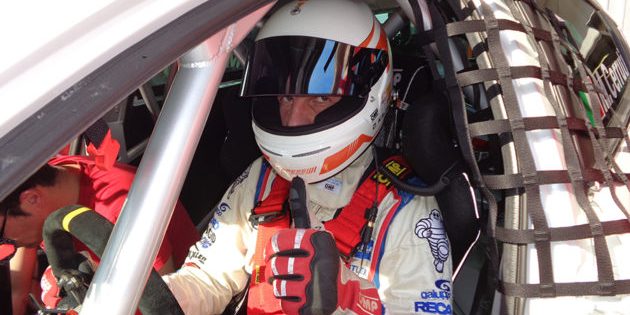 Davit Kajaia is going to replace Michaela Cerruti at Mulsanne Racing for the TCR Middle East races at Yas Marina Circuit next weekend.

The Georgian driver is going to drive the team’s Alfa Romeo Giulietta TCR that Cerruti showed promising form with in the season opener in Dubai three weeks ago.

”The car has a great potential as it was proved by Michela Cerruti’s second place in Dubai,” said Kajaia.

Kajaia tested the car in Dubai prior to the season start and has set his sights on a podium finish for the race weekend in Abu Dhabi.

“I was very impressed by both, the car and the team. I liked the Giulietta very much. It is easy to drive and provides a good feeling. I felt very comfortable at its wheel and it was like I had driven it before. On top of this, the team proved very friendly and professional. I am confident I can fight for podium positions in Abu Dhabi,” said Kajaia.

The 33-year-old drove for Team Engstler in the 2016 TCR International Series, finishing tenth overall with one podium finish and claimed the TC2T title of the 2015 European Touring Car Cup, also for Team Engstler.