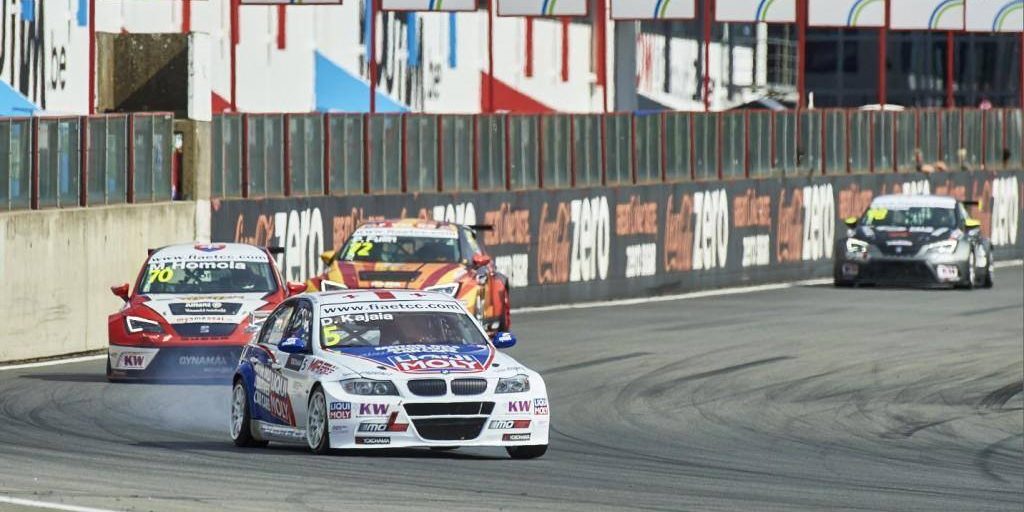 Liqui Moly Team Engstler’s Davit Kajaia looked set to take a dominant first overall victory in the European Touring Car Cup at Zolder, leading the race by over five seconds ahead of the SEAT of Mat’o Homola before a driveshaft failure saw him drop down to tenth at the finish.

“I led about ten laps in first place overall, then suddenly my rear driveshaft was broken, and this is why I couldn’t push hard,” said Kajaia to TouringCarTimes. “I am disappointed, as this is the first time during the season that my car is broken, but it’s racing and sometimes this happens.

“I was proud of being in first place but we were unlucky today.”

Kajaia’s technical problem meant a Single-Make Trophy class SEAT León continues its unbeaten streak of victories this season, while adversely this was the first time that Kajaia hadn’t won a race all season, and an off in race two whilst battling for fourth saw him experience what was statistically his worst weekend of the season, with both Turkish Aytac Biter and Ümit Ülku sharing victories in the TC2T class at Zolder.