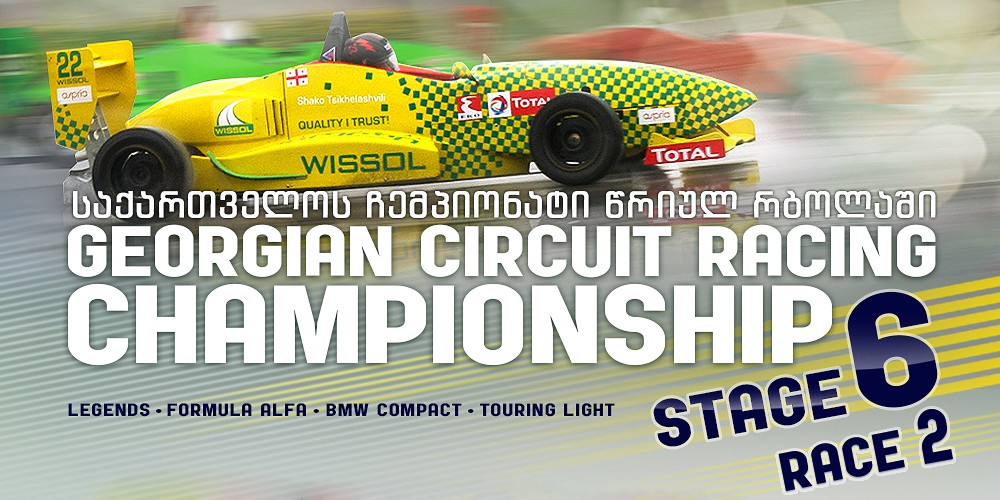 On II race of VI stage in Georgian Circuit Racing Championship in Legends class participated 6 racers and  in this class its enough to make it more interesting and tense. For first place battled 3 racers,  Goga Arjevanidze  participated on other car, because his car had technical problem and his place took Davit Kakabadze. Sandro Tskhadadze competed with Davit Kakabadze, but because of technical problem fell behind him. In both races participated Ukrainian racer Ksenia Niks, The only woman who battles with men in this class. The finish line crossed first Giorgi Bezhitashvili , than Archil Bidzinashvili and Davit Kakabadze.

BMW Compact race was without accidents. For first place battled Dimitri Kobulia, Vano Mdzeluri and Irakli Kukhianidze. During 8 laps Kobulia was the first and no one could overtake him and so they crossed finish line .